The War in Ukraine: What’s the Significance? 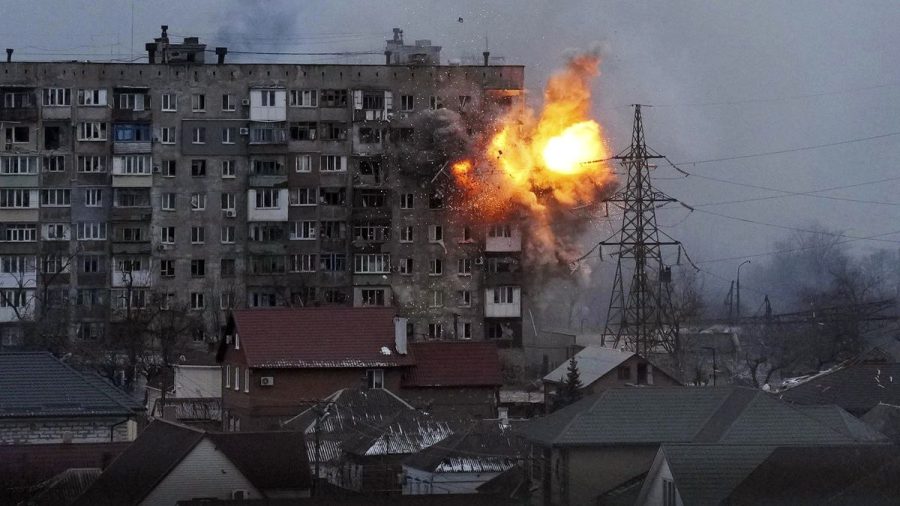 As explained in recent news, the Ukrainian and Russian war is still ongoing since its initial date of February 24, 2022. The Russians’ invasion of the country created devastating effects for not only the cities, but the people within. Today, although thousands of Ukranian citizens have escaped as refugees to the United States, many are still in shelter in the cities. Unfortunately, many of the bombings from the Russians have wounded or even killed the people. An instance recently of air firing at a school where many people took shelter, caused not only 60 people dead, but a spread of fear. 30 people had evacuated with only 7 of those people injured. People are comparing events like these to the Holocaust with similar conditions and emotions. Images are being compared from 1941 in Germany to now, 2022 in Ukraine. It is shocking to many as in a way, history has repeated itself. For those who survived the Holocaust, they understand why this war is being equated to the tragic event in Germany. These survivors seeing the images of the bodies that lay on the streets and cover the cities bring back memories of the concentration camps. The mass graves that were dug out and the horrid treatment of those who were killed. Similar motivations have been created of people trying to save their beloved country. However, not only is this Ukrainian war being compared to the Holocaust, but other wars like World War I or even the Civil War. Even though this war is much more modern than these old wars, the destruction and devastation are in comparison.

So, people have started to ask: when will this end? The answer is not clear. The original war plan has been put to a slow as wrecking the Ukrainian government and gaining control was not very effective. This unsuccess has led to other plans. Ukraine plans to continue to utilize NATO support (support from the North Atlantic Treaty Organization). If needed, they will use more. The United States has contributed so greatly to their supplies and weaponry that Ukraine hopes even more countries will do the same. This way, Ukraine can be stronger and even win the war. With the multiple attacks and the pressurizing sifting that many are doing through the rubble of the cities, Ukranians still have hope.