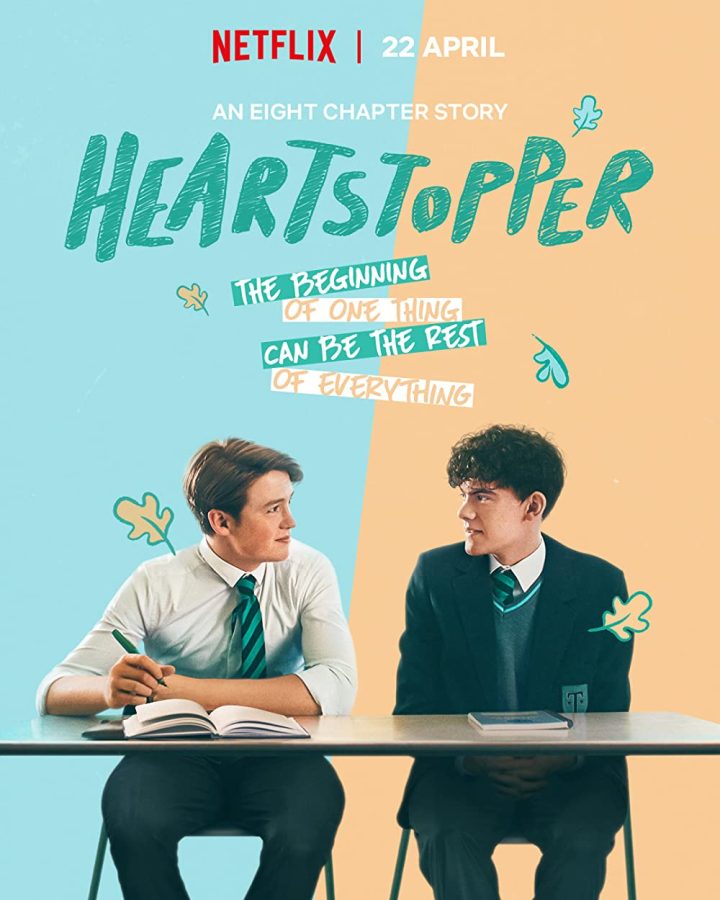 On April 22, 2022, the eight-part first season of Heartstopper was released on Netflix. Alice Oseman, the creative mind behind the story, originally released Heartstopper as a cartoon on several online webtoon publishers. It gained a following, and was published formally as a series of graphic novels through Scholastic. The 100% fresh rotten tomatoes rating speaks for itself; the show has received stellar reviews across the board.

Heartstopper has frequently been compared to the popular teen show Euphoria, both exploring the ins-and-outs of growing up. Heartstopper explores themes of sexuality, bullying, mental health, and acceptance. Unlike many shows for young adults that include graphic details and mature themes, this show focuses on coming of age in a more light-hearted manner. The soundtrack of the show includes many of the “indie” genre, and a lot of smaller artists that really add to the emotion of the show. The characters are some of the most well-written and complex individuals, with very interesting stories. Charlie Spring is a perfect reflection of the teen experience, and an incredibly relatable character. He has been bullied, but is such an open-minded and caring individual. Tao Xu and Elle Argent care about their friends above all else, but are also fans of cinema. It’s the perfect show for teenagers, and really makes you feel seen for all of your unique qualities.