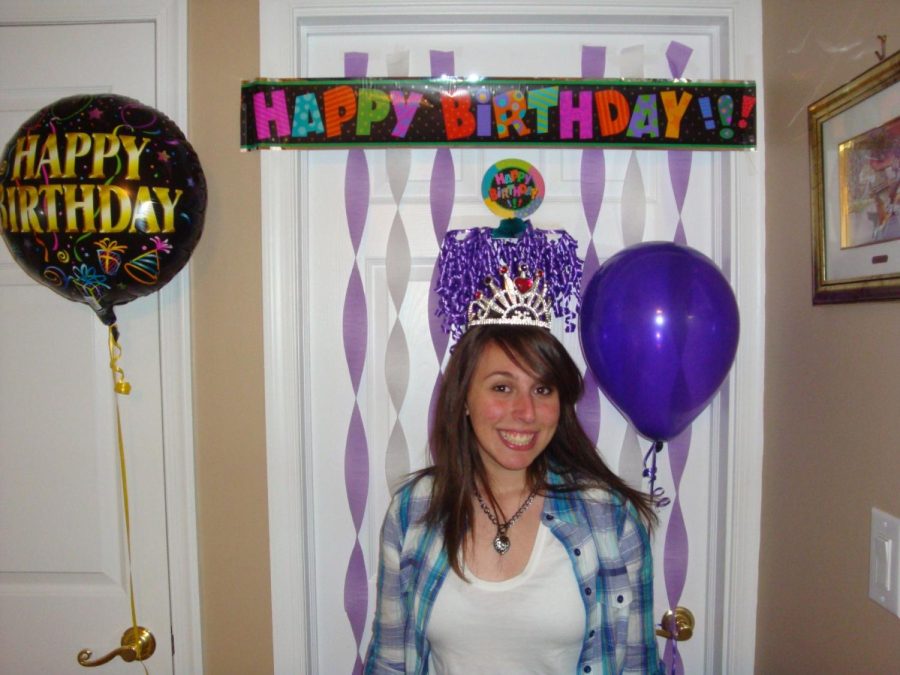 Gina Montalto. Joa quin Oliver. Meadow Pollack. Richard Castaldo. Sean Graves. Angellyh Yambo. Malachi Jackson. Bryan Breen. Cristina LoBrutto. What do these names have in common? The lives of these young adults were taken by a bullet. In the last ten years, the number of mass shootings and deaths in the US from gun violence has increased by the hundreds. Despite the effort from many non-profits and gun control corporations, thousands of people will never return to their family, and you never know when tragedy will rear its ugly head. How do I know what this devastation feels like? The young woman pictured above, Cristina LoBrutto, is my cousin. She was killed in a shooting at a grocery store on August 31, 2012.

Ever since I was a baby, I spent hours with Cristina at my Zia’s house while my parents worked. Cristina would always let me hang out with her despite our age difference of 12 years, more like a big sister than a cousin. I met her friends, and we went on trips together, like to the Crayola Factory that I still have souvenirs from. She came to all my birthday parties, and even dressed up in the feather boas like all my fellow five year old party guests. When she turned 16, I decorated her bedroom door as a surprise after she had a rough day, and I’ll always remember how great it felt to be there for her. She was a big sister, a confidant, and my best friend. On August 31, 2012, when she was 18, that was ripped away from me. Do you remember the summer before first grade? I do. Flashing lights, police, my mother rushing around to comfort everyone, and at six years old I was just so confused about what was going on. A week later, on my first day of elementary school, I was comforted by my teacher while my family attended her funeral. To this day, I remember when I heard that Cristina was gone; a bad man was sick, and took away the closest thing I had to a sibling. What makes it harder is how I’ve grown up. I am turning 16 next month, and I am like a carbon copy of her; I’m always told how we sound the same, act the same, have similar taste in music and fashion, and always looking for the best in people. I keep her close to me through borrowed t-shirts, magazines, and posters from her early 2000’s rock music.

On May 11, she would have turned 28. It is nearing the tenth anniversary of her passing, and to honor her memory I want permanent change. My family worked endlessly to pass Cristina’s Law, a bill that would require employers to run social media background checks on workers. Cristina’s murderer had posted messages implying the pre-meditation of the crime, which could have been prevented. These are real families; these are real stories. Contact your legislators, and reach out to protect your loved ones. Change is possible, and you have the power to make the difference.

Below are some helpful websites to learn more about gun violence and how to make a difference in your community.