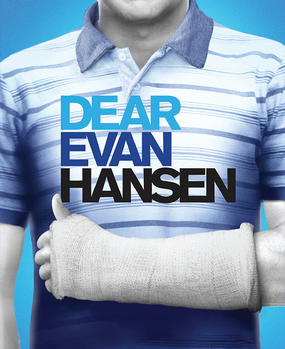 “Dear Evan Hansen” is about a teenager named Evan Hansen who suffers from social anxiety and is assigned by his therapist to write letters to himself. When one of Evan’s classmates named Connor winds up with a letter that he wrote to himself and commits sucide the next day, they find the letter on him and assume that he and Evan were friends. And so, Evan pretends that he was friends with him in order to fit in more and overcome his struggle with social anxiety.

Let’s compare certain aspects of the story from both the play and the movie:

In the Broadway play, Evan Hansen is seen as a teenage boy struggling with social anxiety that makes bad choices, but he is unaware that what he is doing is wrong since kids don’t know any better. In the movie, Evan Hansen is seen as a young adult doing things he knows are bad rather than a kid making poor decisions. This is largely due to the fact that in the movie, Ben Platt is 27 years old and playing a high school student.

Platt portrayed Evan Hansen when the show first opened on Broadway in 2017. Recasting Ben in the movie 4 years later produced by his dad is a flat out example of nepotism, which is favoring someone, especially family and friends, for specific jobs or roles. Being that Platt is an adult and the makeup they put on him only made him look older, makes it difficult to be on Evan’s side of the story. While Evan’s actions in the play were just as bad, Evan was younger and looked like he was an age-appropriate high school student, so it seems understandable that he would make impulsive decisions.

In the play, the musical numbers are beautiful, heartfelt and sung together by the cast in a way that really emphasizes young people struggling with mental problems. The songs in the movie are the same songs as in the play, but the problem with them is that they are sung and performed terribly in the film. Not only because Evan is in almost every song and the actor’s voice squeaks and cracks when he sings, but also because the editing and direction on them are terrible. Instead of truly capturing Evan’s struggle with his social anxiety, the director simply chooses to circle the actors’ faces and skip out on the characters’ personal struggles whether it’s some high school kid’s problem or the difficulty of being a parent. Overall, the musical numbers in the movie are basically just mashups of random cuts, terrible sound mixing and bland cinematography.

In the play, I’d say that the actors gave it their all. They really got into their characters and did the best to bring them to life on stage in front of a live studio audience. In the film, however, some performances are good but others are not, especially from Ben Platt. In the play, the leading actor portrays Evan as a depressed boy trying to overcome his social anxiety. In the movie, Ben Platt portrays Evan as a downright demented freak twitching, gaffing and making Naruto run down the halls. The supporting actors however really seemed to try with their performances, especially Julianne Moore and Amy Adams as the two moms. However, the actors in the play did better as they were given more character development freedom than the actors in the movie, so it comes across naturally how their characters figured out their motivation  in the story’s narrative. As mentioned, not all the performances in the movie were bad, but it’s hard to appreciate their performances since so much of the movie is centered on Ben Platt’s character and the odd and unusual interpretation of the character 4 years after playing Evan Hansen on Broadway.

I think that the play “Dear Evan Hansen” is an energetic, fleshed out story and entertaining show that deserves it’s critical praise and popular audience following whereas the movie is a perfect example on how it’s difficult for the industry to adapt a hit broadway musical and capture the emotion and energy that made it so good on stage.