R. Kelly: Why Did It Take So Long to Convict Him? 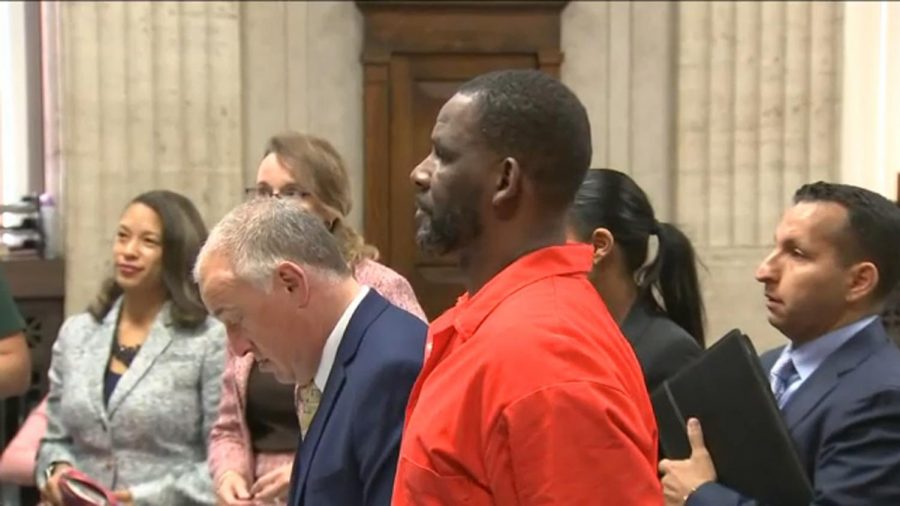 R&B lovers may know the name from hits like “Ignition (Remix)” and “I Believe I Can Fly.” But to his victims, R. Kelly is known as the man who got away with putrid crimes for three decades. All sex-related, the crimes the singer committed went overlooked for years before finally being brought to a close on September 27th, 2021, when he was found guilty on all nine charges in New York. These included racketeering, sexual exploitation of a child, kidnapping, bribery, sex trafficking, and violation of the Mann Act. Personally, I found out about R. Kelly not through his music, but particularly through knowledge of his crimes. So this leads us to the question: If a fifteen-year old girl was aware of such a public figure’s crimes, why was a jury not? Why did it take so long to convict a person with that many criminal charges against him?

To answer this question, we need to take a look to the past. R. Kelly grew up with very little. He was sexually abused by an older female family member from age eight to fourteen, as well as an older male family friend around age ten. His girlfriend at age eight was pushed into a creek during their last playdate, screaming for him, and found lifeless downstream. He was also shot in the shoulder at age eleven during a fight over his bike. In school, Kelly did not have much more luck. A learning disability thought to be dyslexia left him unable to read or write, causing him to drop out of high school. Trauma in Kelly’s childhood may have been a definite factor in his crimes. But it does not justify them in the slightest.

Kelly became wildly famous through numerous musical exploits. Gathering mountains of fans, working with legendary artists such as Michael Jackson and Whitney Houston, and becoming arguably one of the most famous R&B artists of all time, Kelly was adored worldwide, as he still is to this day. In fact, after his conviction, his album sales increased by 500%. Five- hundred percent, for a man who began having sexual relations with then-13 year old singer Aaliyah, and married her illegally at 15. Five-hundred percent, for a man who threatened women with physical harm if they spoke up about his assault against them. Five-hundred percent, for a man who urinated on victims, who knowingly gave them herpes, who used his fame against them, who exploited society’s class, gender, and race problems. So pray tell- why did this five-hundred percent shades of messed up man get away with his crimes for so long?

To answer this question, let’s focus on the obvious- his network. First and foremost, R. Kelly had a net worth of one hundred million dollars at the peak of his career. He was wildly popular and, as aforementioned, iconic in the R&B community. His money, fame, and talent sorely overshadowed his crimes, even as many as 24 years ago. In 1997, a woman named Tiffany Hawkins filed a lawsuit against Kelly for sexual battery and sexual harassment while she was a minor. For a man who had married a fifteen-year-old, especially while twelve years her senior, this would normally be a red flag in the music community, and be received with high hopes from the public that he would not be receiving any musical recognition after this. The lawsuit was settled for a reported $250,000. Less than a month later, Kelly won three Grammys for “I Believe I Can Fly.” And this wasn’t the only case of his popularity cheating the authorities. In 2002, less than a year after Tracy Sampson, another illegal sexual partner, had filed her lawsuit, R. Kelly was charged with 21 counts of child sexual abuse videos, all stemming from one seventeen year old girl. He had been involved with this girl three years earlier, yet pleaded not guilty and was released on $750,000 bail. Seven months later, he was arrested for additional child pornography, but was released from jail on $12,000 bond. The charges were later dropped. And the mind blowing part- even after all these charges, all stemming from his love of underage sex, that same year, R. Kelly released an album. It sold 538,000 copies in the first week.

This constant, sick pattern continued- charges filed, more success, charges dropped, more success. It would make sense why R. Kelly continued his inhumane acts- he had nothing that was going to stop him. He could take advantage of a girl, pay her off once she filed the lawsuit, and still receive three Grammys after. He could hit his wife when she begged for a divorce, then release his album, “Double Up,” and peak at number one on the Billboard album chart. He could even keep his bond after failing to show up for a hearing at his sex tape trial, stating that his bus had been held up for speeding in Utah, when judges in charge of a trial for an everyday person wouldn’t have bat an eye at this and revoked it anyway. Why is it fair that R. Kelly got to get away with his crimes simply because he was wealthy? Why is it fair that when Judge Vincent Gaughan took the oath, “I… do solemnly swear (or affirm) that I will administer justice without respect to per- sons, and do equal right to the poor and to the rich…” that he then did not revoke Kelly’s bond for not showing up to his hearing? Why was this man, who so clearly was a pedophile, acquitted on all twenty-one charges?

On top of this, Kelly, according to many of the victims, threatened these women with physical violence and blackmail, as well as paying them off. He would threaten to hurt them, reveal the videos he’d taken during their sexual acts, and simply tell them nobody would believe them. So much power was given to R. Kelly. Too much. Has the thought crossed your mind that perhaps these women may have been doing this to feed off of his fame, receive payment from Kelly, a successful black man simply trying to make a living through his talent? Because this was Kelly and his fans’ defense. However, as his influence and fame declined, as he sank further and further into debt, as social media began encouraging women to speak up, thankfully, the accusations against him became taken more seriously.

In July 2017, activists Kenyette Barnes and Oronike Odeleye started the #MuteRKelly movement to try to get Kelly finally convicted for his crimes and end financial support for his career. In 2019, a Lifetime documentary called Surviving R. Kelly came out, airing over three nights. It detailed the allegations against him with interviews from the victims. Shortly after airing, Kelly’s label parted ways with him. In 2019, he begins getting charged in various places, such as Chicago, Illinois, and New York. Because of Covid-related postponement, his sex-trafficking trial begins, with his defense calling the eleven women that testified against him “groupies.” On September 27th, 2021, he was finally found guilty by a New York jury on all nine charges, including eight counts of sex trafficking and one count of racketeering. He will be sentenced in May, and can spend the rest of his life in prison.

After thirty long years, filled with more charges against R. Kelly than can be counted, the question of why it took so long focuses on more serious issues in the country- the flaws of the judicial system and the imbalance of power between the poor and rich as well as men and women. R. Kelly is just one example of the injustice faced in this country. The bottom line is, talent and fame, nor childhood trauma, are excuses for any type of crime. R. Kelly should have been convicted a long time ago, starting with the late Aaliyah. However, the long fought-for ruling against him is a step in the right direction. May his victims heal, and may the conviction be just.